Dawn of Chaos : Prologue to the Sanctum of the Archmage Saga is now available from the Amazon Kindle Store! 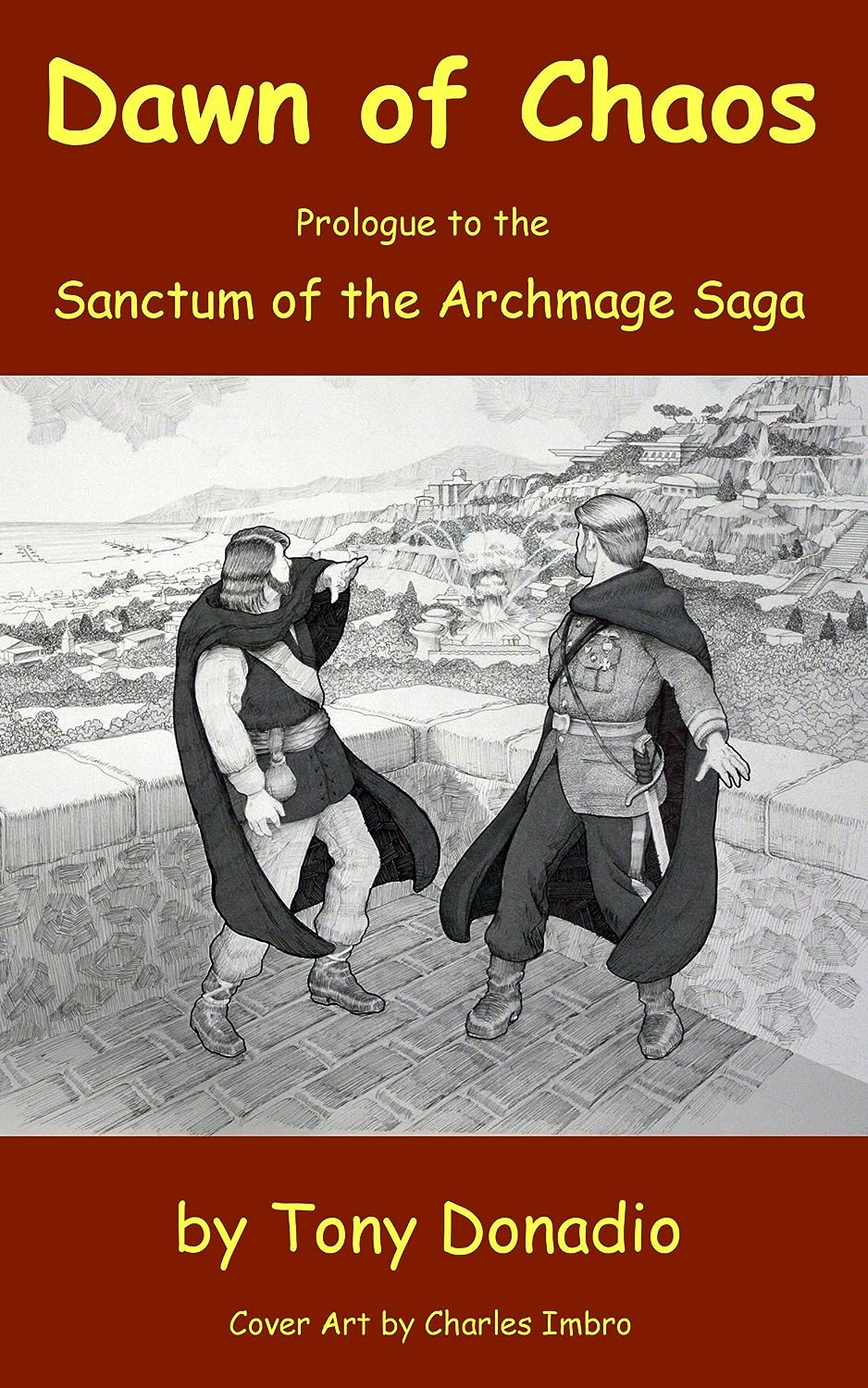 If you’re interested in checking it out but don’t have a Kindle, don’t let that stop you! There are several easy ways to read a Kindle book without one:

The Dawn of Chaos is a short prologue introducing the world and story for an upcoming epic fantasy series. It will be continued in Crucible of Heroes: The End of the Beginning, the first novel in the Sanctum of the Archmage Saga.

UPDATE (May 10, 2014): I’ve just published a second edition of Dawn of Chaos, which contains some improvements based on lessons learned from my first run. Charles’ full illustration is now included in-line with the text, and I’ve made some minor editorial changes (mainly to include some additional descriptive passages and to improve the book’s formatting).